The original Big Man’s West was a venue in Red Bank, New Jersey owned by Clarence Clemons. The club played a key role in the revival of the Jersey Shore music scene during the early 80s. Bruce Springsteen came in 3 to 4 nights per week and played the venue over 18 times.

Jon Bon Jovi, who was soon to become a superstar, played at Big Man’s, as did Joan Jett, Cyndi Lauper, Steve Forbert and Bo Diddley. 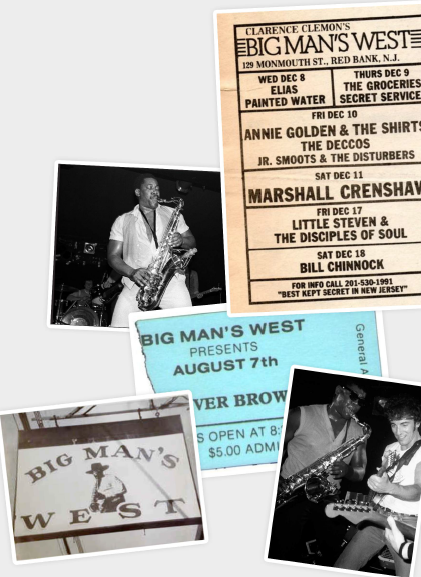