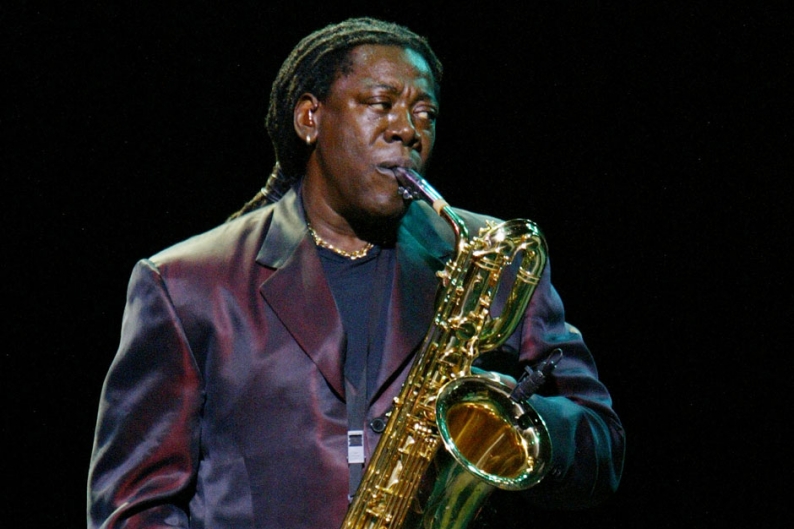 A Video Tribute to The Big Man

There was only one Big Man – Clarence Clemons.

Clarence Anicholas Clemons Jr. (January 11, 1942 – June 18, 2011), also known as The Big Man, was an American saxophonist, musician, and actor. He was reported to be 6′ 5″ (195.5 cm) tall, hence his nickname. From 1972 until his death, he was a member of Bruce Springsteen’s E Street Band, playing the tenor saxophone. His playing on songs such “Born to Run” and “Jungleland”, and his presence as a visual foil to Springsteen, made him the most prominent member of the E Street ensemble.

He released several solo albums and in 1985, had a hit single with “You’re a Friend of Mine,” a duet with Jackson Browne. As a guest musician he also featured on Aretha Franklin’s classic “Freeway of Love” and on Twisted Sister’s “Be Chrool to Your Scuel” as well as performing in concert with the Grateful Dead and Ringo Starr & His All-Starr Band. As an actor, Clemons featured in several films, including New York, New York, and Bill & Ted’s Excellent Adventure.

He also made cameo appearances in several TV series, including Diff’rent Strokes, Nash Bridges, The Simpsons, My Wife and Kids, and The Wire. Together with his television writer friend Don Reo he published his semi-fictional autobiography told in third person, Big Man: Real Life & Tall Tales, in 2009.

The Big Man and The Boss getting some love on Jeopardy